And I am still missing my Muse.  Has anyone seen her?  I could use a little blogging inspiration... otherwise I'm going to go all political on you!  There's a bit of a political rant building up inside that may need let out.  Don't say I didn't warn you!

Anyway, it's Friday yet again, so here is some Random bits for the final day of July, 2015.

1.  Seems like what everybody knew in their hearts has been proven true.  MH370 crashed somewhere in the Indian Ocean.  It's pretty obvious that wing flaperon came from MH370, since there are NO other Boeing 777's missing, or missing their right flaperon.  And in case you think it came from some other plane, uh, it has a 777-specific part number painted inside it.  I hope this will gradually bring peace to all those families who lost loved ones on that flight.

2.  I'm sorry that this country is more upset over the death of some lion in Zimbabwe, than they are over the murder of babies by Planned Parenthood and the federally illegal sale of their body parts.  Apparently most Zimbabweans either don't care the lion is dead, or are happy another predator in their lives is gone (yeah, lions do eat people in Africa still, and predate their livestock too), or are simply happy that some wealthy foreigner is willing to pay lots of money into the local economy (and donate the meat from their kills) to hunt there.

But of course, the current administration has declared that we will investigate this hunt and it's been pretty obvious that they are ones to never waste a good crisis distraction, and getting the media to rile folks up over a lion is far better than actually investigating the illegal acts of Planned Parenthood.

3.  And can anybody tell me, logically, since #BlackLivesMatter, and they do (as do #AllLivesMatter), why they are not protesting and picketing Planned Parenthood?

4.  And in more African news, it seems like a local NTX politico-developer got in over his head by trying to overthrow an African government.  LINK.  He is an individual of what I would call a somewhat dubious history and reputation if you research his past.  I suppose given his past, and the current federal investigation into his Gambian acts, the .gov will pin a medal on him and promote him to the head of HUD...

5.  28 days left until I go to Wichita Falls for the Hotter 'N Hell Hundred.  That's not a lot of time left to get ready.  It should be "interesting".


Posted by Monkeywrangler at 7:30 AM 3 comments:

Here is my Random 5 for this week.  I have not been as diligent about posting these lately, as my bloggin muse seems to be on vacation.

1.  Our house purge continues.  We are trying to get rid of a bunch of accumulated junk, trash, and unwanted items.  Eventually we will get to the garage.  That will be a major job there!

2.  Summer is here in NTX.  Daily temps are holding at 99*F, and overnight only cooling off to the low 80's.  Humid too.  Go figure, summer in the South.  All things considered, it's cooler than normal this time of year.

3.  As usual in July, we have been watching the  Tour de France on tv.  It has been a rough race this year for the riders with many crashes and serious injuries, including a broken neck, broken back, broken shoulder, broken collarbones, and a ton of road rash.  Two more days of racing to go....Chris Froome will likely win.

4.  Made a painful mistake last night while grilling fajitas.  The very hot BBQ lid had been set down behind me, I stepped back away from the grill, and touched the back of my calf against it.  Got a pretty major burn, which now is about the size of a racquetball.  It hurt like the dickens last night, but this morning isn't hurting.  Thank goodness for Water Jel and Silvadene Cream!

5.  Water Jel is an amazing product!  Used for minor and not so minor burns, it comes in various dressing sizes.  When opened, the dressing is soaked in something that looks like runny vanilla pudding.  This is the Jel.  It keeps the wound moist, and stays very cool, which eases pain.  Just apply per instructions (I used the stretch mesh to hold everything in place).  This product can be purchased online from a lot of locations, but I personally use Chinook Medical.  It really deserves a place in your personal first aid supplies!
Posted by Monkeywrangler at 7:52 AM 6 comments: 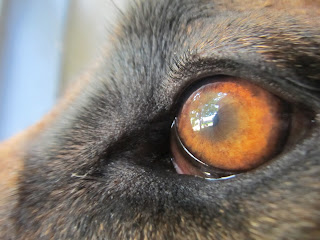 So two Monkeys went to VBS(vacation Bible school) at our church last week.  One enrolled (Monkey3), one volunteered to work (Monkey2) and the last did not attend (Monkey1).  So of course, one of them becomes the Summer Plague Vector! 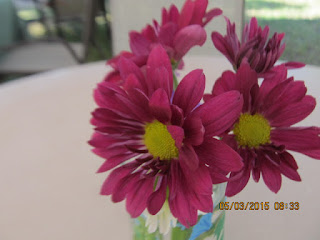 Yes, the first to fall victim was the most obvious vector, Monkey3.  Fever, general crabbiness etc.  Luckily it resolved quickly and the crabby has returned to her normal level. ;-)

Next was Monkey2, with a low fever and a tendency to be sleepier than normal.  He is doing ok now. 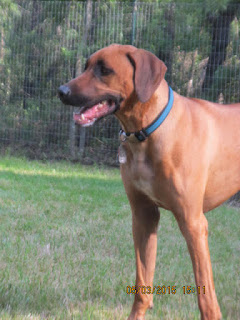 This morning, at 04:15, Monkey3 wakes me up, to tell me Monkey1 has a bad somach ache.  I go to see her, and she is clearly miserable.  I order her to the bathroom before she pukes, since she is on the top bunk and I don't want her having difficulty getting to the bathroom. 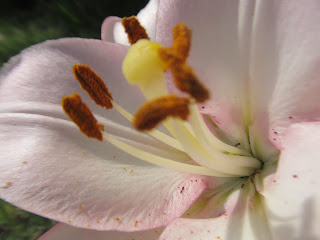 She camps out in the bathroom, and I go back and try to go back to sleep.  Maybe 15min later, I hear her dinner being spontaneously ejected.  Joy.   Gave her some stomach meds and told her to go back to bed when she felt better.  Hopefully she will sleep all day and not contaminate the rest of us.  She's my teenager, so sleeping is her normal state... ;-)


Posted by Monkeywrangler at 8:17 AM 2 comments:

With summer in full swing here in NTX, I knew riding the Tour de Paris, it would require some speed in order to not suffer too much from the heat.  High temperature yesterday in Paris, was 97*F, heat index was 105*F, and who knows how hot it was, with the heat reflected off the pavement.  The last time I did a TdP in the heat, the medics 15mi from the finish, thought I was cooked, and tried to pull me from the course.  I was actually not as bad off as they thought, and went on to finish the course.   Last year, on the tandem, it was cloudy, cool and misty.

We got off to an early start, at 8:00am, and I was trying to pace myself, with a goal of an average speed of 15-16mph over the 68mi course.  The outbound leg, though, was mostly a series of longish, easy climbs, made worse by the fairly steady quartering headwind of 15+mph.  Those of us on the long route didn't catch a break until Pecan Gap, when we turned north, and slowly began to head downhill back to Paris.

As always, the folks who organize the TdP put on a fantastic ride.  The route is well marked, the roads lightly trafficked, and plenty of well stocked SAG stops.  They have great medical support, lots of ice, and drinks, plus tasty home made cookies, brownies and other munchies--not just the standard SAG fare of PB&Js, oranges and bananas.  I think a  lot of other ride organizers could learn a lot from the folks who put on the TdP, on how to run a bike ride!  These folks have been doing this for 31 years, and they have it down to an art form.

I was smart this year, and was able to stay the night before, with friends who live in Paris.  Thank you so much, Susan and Steve, for opening your home to me.  It was so nice to NOT get up at 3:00am to drive all the way to the ride from home.

Here's my ride:
Posted by Monkeywrangler at 8:19 AM 2 comments:

Summer is in full swing here in NTX.  Forecasts for this week have heat indices over 100*F, and real temps up to 100*F at least twice this week.  With as wet a spring and early summer as we have had here, this has pushed back our annual first triple digit temp day to mid July.  This is nice.  However, with the Tour de Paris upcoming this weekend, I am thinking I want to buy one of those Endura-Cool towels!  I will be riding the TdP on Saturday, after staying with some friends in Paris the night before.

With the heat, the dogs have decided it is time for an all-day siesta.  The boys are hogging the entire dog couch, and Shiloh is probably on Monkey3's bed.  Sometimes I wish I could sleep as much, as deeply, as my dogs!

The Monkeys all have summer plans, the oldest doing a local mission trip with our church later this month, the middle Monkey is now a helper with Vacation Bible School, and the youngest attending her final edition of said VBS.  This gives me a partial break from the usual daily Monkeywars.

That time has been spent working on household projects.  We have decided it is time to buckle down and fix some things that have been in need of fixing for some time.  You know how it is...sometimes it is easier to put off repairs until it is cooler weather, or better finances, or more spare time, or whatever it is that is your excuse for procrastination. 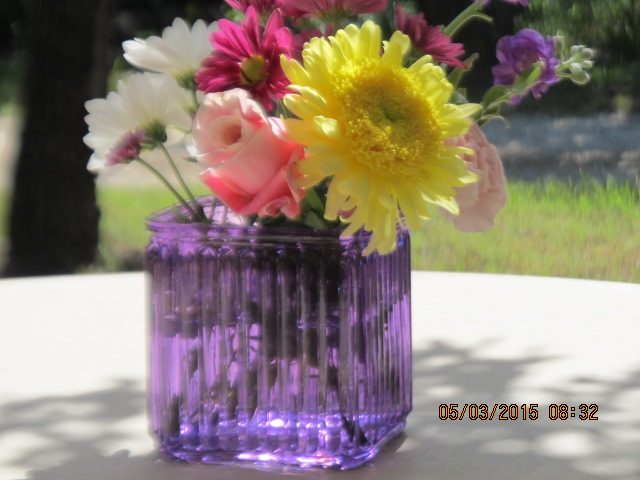 My shoulder rehab continues.  Doc is amazed at how well and how quickly I have healed.  I am now working slowly on strengthening the small muscles of the shoulder, in order to be able to work on the large muscles later this summer.  I wish I knew just what it was that has led to the rapid recovery.  If I could pinpoint it, I'd bottle it and make my millions!  As it is, I think it was a fortuitous alignment of things;  prayer, Cissus Quadrangularis supps, positive mindset, being fairly healthy and fairly strong before surgery, and a good surgeon.  By winter I plan to be lifting seriously again.  I will be modifying what I do, and concentrating on form more than before.  I don't fancy getting injured lifting.

Hopefully, y'all are having a good summer too.   Plans are moving forward for some big changes.  If it all works out, it will be a new set of challenges and adventures.  Stay tuned, I'll have a gear review to share, sooner rather than later, and a report on the Tour de Paris 2015.


Posted by Monkeywrangler at 2:49 PM 3 comments: