Today our Monkeyboy turned 13. Family tradition dictates the birthday person gets to choose the family dinner (within reason).  He choose home made pizza on the grill.

The Monkeys all said it was tasty! 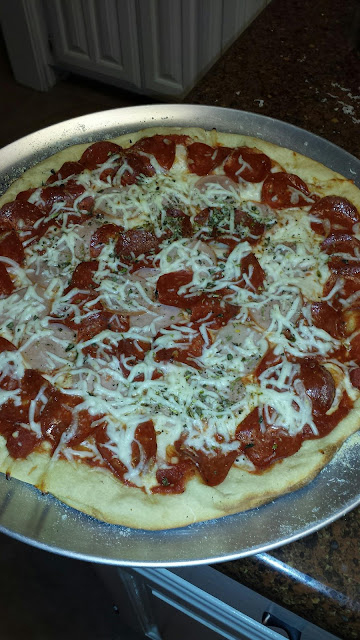 Posted by Monkeywrangler at 7:09 PM 3 comments:

OMG!  I was sure the LEAVE campaign was going to lose...especially after that MP was murdered in Britain, and she was a REMAIN supporter.  I've been following this movement since I first got word of it.  Never having been a fan of the EU, this movement to exit was intriguing.  And now I see word of FREXIT (France) and possibly GREXIT (Greece). 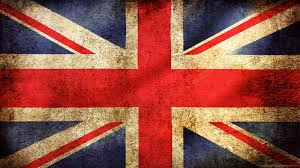 I also understand that BREXIT may lead to the actual breakup of the United Kingdom as I have always known it (England, N.Ireland, Scotland and Wales).  Perhaps that is not a bad thing in the long run.  After all, Britain survived the breakup of Empire, and there is still the Commonwealth, so perhaps things won't change as much as some folks think.

Besides, Scotland has wanted full self-government for a long time.  Perhaps now they should get their chance, though I think their wanting to stay in the EU as a separate country is not such a grand idea.  And a Reunification of Ireland?  It could happen, I suppose, if the Green outnumber the Orange in the North.

I will say I was quite impressed by PM Cameron's speech today.  He was not only gracious in defeat, he was honest about it, and accepted responsibility for the outcome (his side lost).  As such, he has opted to step down, and allow for a new government to be formed.
These changes will not all be easy for Britain.  But the people voted, and their government listened.  I wish them all the best.  Rule Britannia!

Posted by Monkeywrangler at 12:10 PM No comments:

Spotted in the water, here in North Texas, the rare Rhodesian Dogfish!  Yes, the Rhodesian Dogfish is a rare beastie, seldom seen in freshwater, preferring to be found in coastal shallows, such as at FIDO (Fiesta Island Dog Owers park).  But one such Dogfish has been seen repeatedly in my area...


It seems that our Ridgeback Ranger is an oddity in the world of Rhodesians.  Most Ridgies believe water is only for drinking, or perhaps drowning dogs in (their words not mine!).  As such, few deign get their paws wet, let alone fur, even on a hot Texas day.  But Ranger had to be different.  Perhaps it's because he hails from Florida (or is it Flori-duh?).  When he first saw our pool at the new house, he circled it once, and promptly jumped in!  Then he would get frantic whenever he saw us in the pool, especially the kids.  He would dive in after them, and usually run over top of them, resulting in several D.R.I.'s (Dog Related Injuries) from his big ol' claws.

For some reason though, this week, while my mom was visiting, Ranger decided to calm down some and have fun in the pool.  Though you can hear him grousing at me in the video, because I tricked him into jumping in first, then dove over him to race to the shallow end and relative safety.  Not only would he dive in when we were in the water, but he also started jumping in all on his own.  He knows where the two sets of steps are, so he can get out safely if he jumps in, unattended.  Because Ridgebacks are not waterdogs, we are considering getting him a canine life jacket, so he will not have to work quite so hard to stay afloat.

Happy first day of Summer, everybody!
Posted by Monkeywrangler at 12:30 PM 2 comments:

I know they're out there somewhere.   They're plotting against us,  I've seen them before.   You just can't trust them... SQUIRRELS! 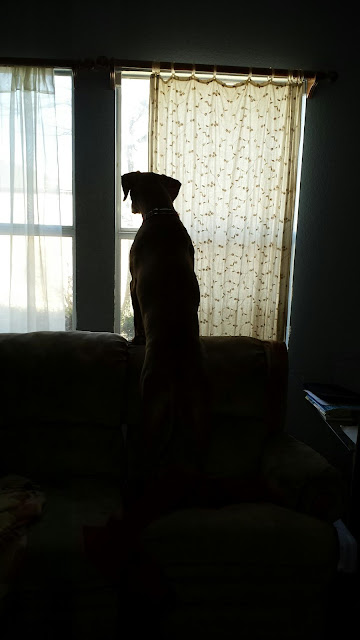 Posted by Monkeywrangler at 5:31 PM No comments:

Humidity, it's pretty much everpresent here in the South, though at least the heat that generally accompanies it, has not hit yet.  It's only in the low 90's this week, so not brutal or anything, but you know when the humidity is higher than the temp, it's gonna be unpleasant!

We tried to convince my Mom to come down for a visit in cooler spring weather, but it didn't work out for her.  So instead, she's here now, in 90/90+ weather, with periodic popup storms for fun. 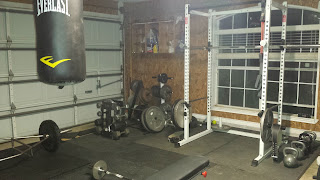 Our garage gym, currently un-airconditioned, is more like a sauna in the evenings.  DH and I were drenched during and after last night's lifting.  You know it's hot and humid when the sweat runs down from your knees...The heat also sucks the energy and strength out of you.  Makes for a more tiring workout.  Maybe if I can get to the storage unit, I can unbury the window A/C and bring it home.

The chicken coop door is finally finished too.  We opted to screen in the upper half, to improve ventilation for the birds.  Since they have down coats, and we are in the South, it won't get that cold here in winter.  Well I just realized that we still have to build and mount hte big nesting box...oh well, at least they shouldn't need the nexting box until around October!  I still have time!  I did add a 6x8' tarp to thet top of the run portion, to add more shade.  They seem to like it.

The big water oak we took down is finally mostly all split and stacked.  There are only a couple of rounds left to split.  Next on tap to tackle is the neighbor's dead tree.  They said we could cut it down whenever, and have the wood too.  That's nice, because we have room for 8 more cords of wood to cut and stack!

And finally, our pool heater died, and we had to order a not-so-inexpensive replacement.  That install is pending for next week.  Though now, the water is up to 84-86*F most days.  Still, it will be nice to be able to heat the spa up to body temp, and relax in it, after a workout.

Hope everyone is enjoying their late spring/early summer!
Posted by Monkeywrangler at 11:15 AM 3 comments: