The View From Back Here

Ok, for those of you who are new here, or otherwise not-in-the-know, I ride bikes.  A lot, compared to the general population, and not a lot by some hardcore folks standard.  Sometimes I ride an traditional bike, aka DF (diamond frame), other times I ride my Giro recumbent bike, and sometimes, I ride that rarest of beasts, the recumbent tandem!
Today was such a day.  By NTX standards, a lovely day for a bike ride, with lots of sun, and not a lot of ground winds.  We got a fairly early start, with a route mapped out, and in our heads (we ride this area a lot so we don't need to program the gps to show us the route).  Apparently everyone else thought it a great morning for a ride too, as we saw a TON of cyclists out there--at times it was like watching the TdF peloton roll on by!

We ran into a couple friends out for a spin on their Catrikes, so we rode a couple miles with them to chat.  That's one of the nice things about a tandem, it is by nature a social beast, and being stoker, I get to be the social one.  With both hands free, I can navi-guess, wrangle water bottles, and food, take pictures, and chat with other riders, since I can't see where we are going, and  can't steer.  Nice thing about the Seavo tandem, it is incredibly stable. I can shift my weight around, fidget, turn, etc, and not disturb the balance or handling of the bike.  DH appreciates this aspect of recumbent tandeming.
You see a lot more, from the bike than you will from the car.  The pace of travel is slower, and  you have to pay attention to everything when you ride, from cars turning, coming up from behind, and don't forget loose dogs, potholes, and lengthwise pavement cracks big enough to swallow your wheel!  But not everything is a risk--there's a lot of interesting flotsam and flattened fauna on the roads, pretty ditchweeds, and flowering trees.  Plus livestock and the occasional exotic (camel anyone?).
I shot some pics on this ride, in part to give you an idea of the sights in the county, and a couple special pics for a friend who loves old barns (These are for you, Buttons!).

Not all of my photos turn out so good--it can be hard to take good shots from the back of a moving bike.  That's my excuse, anyway!  But sometimes you just see something that gives you a chuckle...  I wonder who lives here? 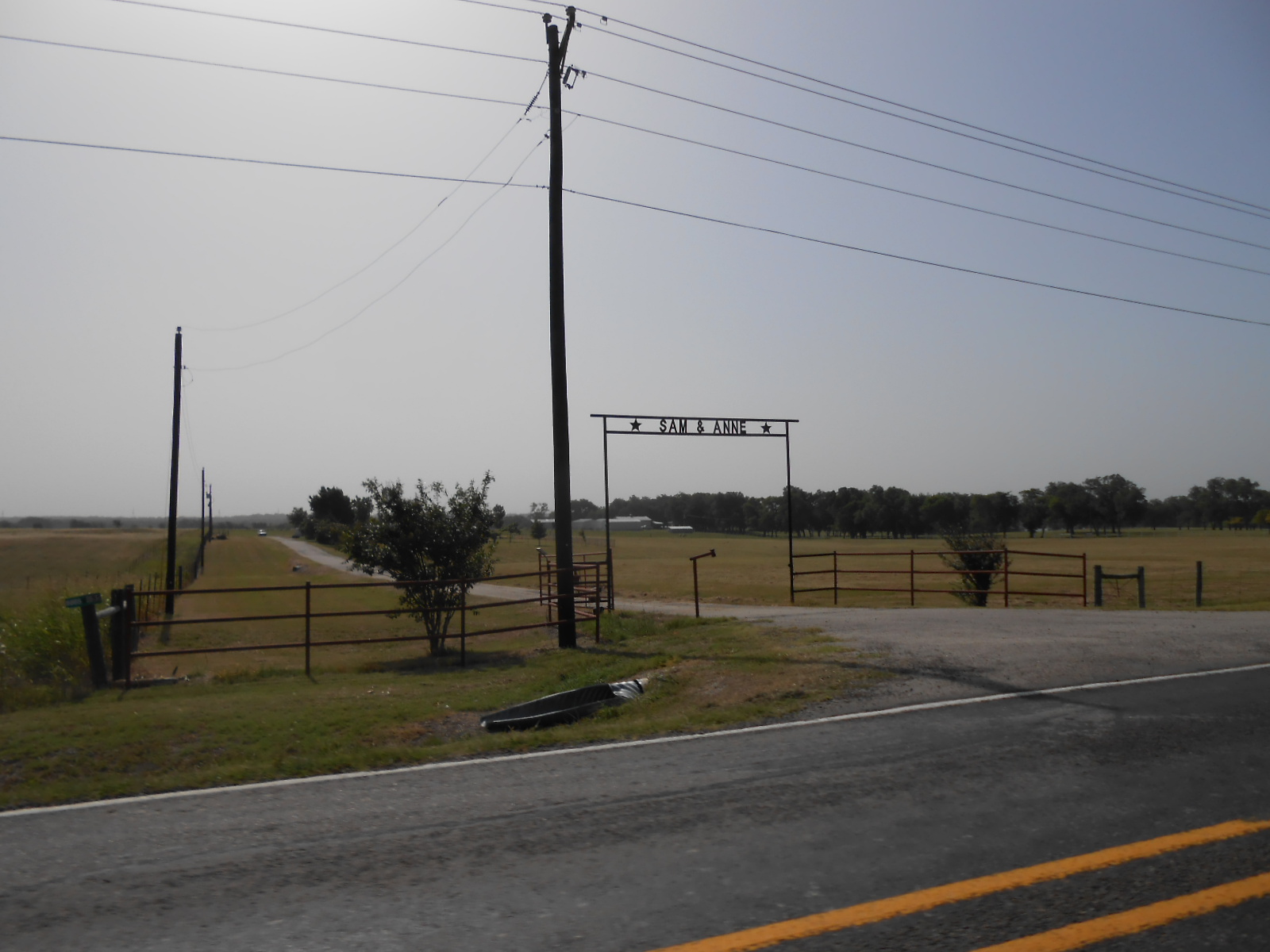 I hope everyone had a good weekend.  We did, despite it being a mite warm here.  No polar vortex for Texas.  But maybe some rain in the next week.  We can hope anyway!
Posted by Monkeywrangler at 10:09 PM